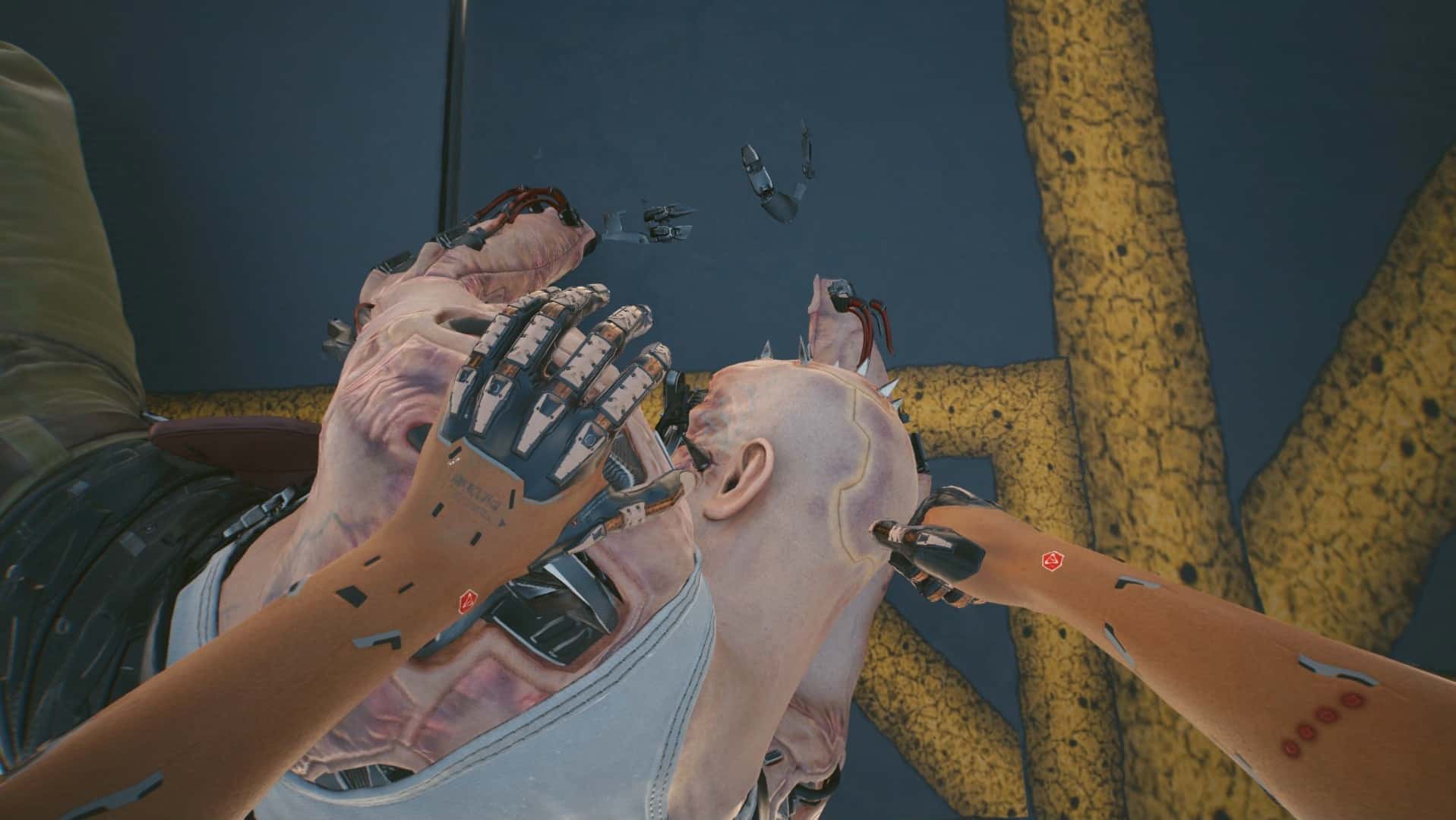 How It Works
When the player grapples a target with a Cyberdeck equipped, there’s a new, third option, in addition to just knocking out or killing them. It’s called Breach Network, and when you click it, you will open up the breach protocol screen.
When you Breach Network on an enemy, all of your breach protocol hacks will automatically get uploaded. Physically breaching an enemy is more powerful than remote breaching, so you don’t need to play the minigame.
It has a custom animation as well! See the demo video below.
In addition to the takedown, player’s can also perform the same action on existing unconscious bodies. Breach Network will show up when you get near an alive but unconscious enemy.Important Notes and Installation
To install, drag and drop the bin and r6 folders into your Cyberpunk 2077 directory.To uninstall, remove the Breach Takedown folder or file from these 3 locations:
bin/x64/plugins/cyber_engine_tweaks/mods
r6/scriptsYou can customize the amount of hacks that will get uploaded. The default is all of them, but maybe you only want 1 or 2 extra hacks to be uploaded. Open up bin/x64/plugins/cyber_engine_tweaks/init.lua. There’s a line:
BreachCount = 9
At the top of the file. You just need to change that to whatever number you please.If you’re using Better Netrunning – Hacking Reworked, look at the above point. You might just want to set BreachCount to be 0.